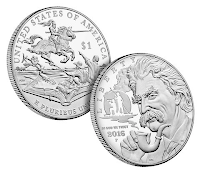 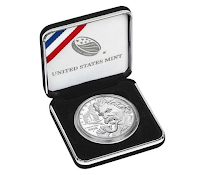 Discount Gold & Silver Trading (1 800 375 4188) is pleased to offer this unique piece of American Literature Commemorative Coin.  We only have a few of these coins in stock.  So please call our toll free number 800 375 4188.  This coin makes the great gifts!!
The 2016 Mark Twain Silver Dollar Proof Coin; who doesn’t have fond memories of reading The Adventures of Tom Sawyer or Adventures of Huckleberry Finn?
Samuel Langhorne Clemens, whose pen name was Mark Twain, has influenced American culture like few other authors; Twain published 28 books, as well as many short stories, letters and sketches. He is remembered for addressing complex social situations that were facing Americans during his time. His books have been translated into more than 75 languages, and many are still in print today.
This commemorative coin program is in recognition of Mark Twain’s literary and educational contributions.


The obverse (heads) features a portrait of Mark Twain holding a pipe with smoke forming a silhouette of Huck Finn and Jim on a raft in the background with the inscriptions “IN GOD WE TRUST,” “LIBERTY” and”2016.” The reverse (tails) features an assortment of characters leaping to life from Mark Twain’s works: The knight and horse from A Connecticut Yankee in King Arthur’s Court, the frog from “The Celebrated Jumping Frog of Calaveras County” and Jim and Huck from Adventures of Huckleberry Finn. The inscriptions are “UNITED STATES OF AMERICA,” “$1” and “E PLURIBUS UNUM.”
Posted by Discount Gold and Silver at 8:03 AM 1 comment: 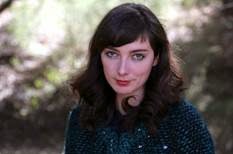 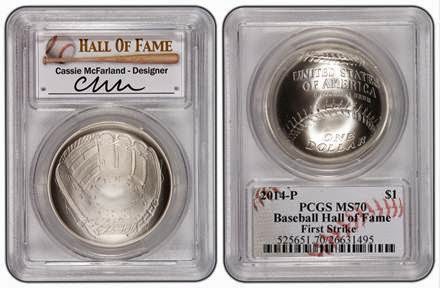 Posted by Discount Gold and Silver at 6:38 AM 2 comments: